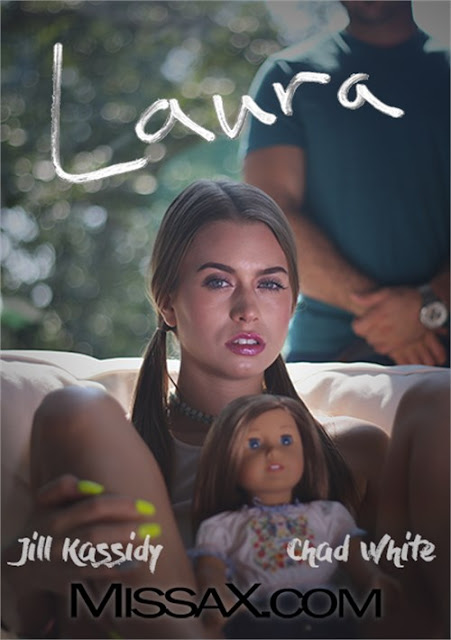 A little dive in the MissaX vault today with the first episode of a four parts series split between the MissaX and AllHerLuv lines.

Some time after she had been kick out of the house by her parents to live with her grandparents Jill show up at the family home door. She has nowhere else to go and she wants to come back, but her brother Chad is less than please to see her back. Jill wasn't thrown out for nothing... She tried to hurt her mother, she was playing with fire and was inappropriate with her brother. Chad at first threatens to call their parents but after pleading her cause Jill convinces him to let her stay for the night.

Quickly we discover that Jill isn't all there since she has a doll with her, in fact it was that doll who was the cause of the previous problems. At least this is what Jill say since she thinks that Laura, the doll, is a real individual with a mind of her own and she takes medications because of that "fairy tale".

When it's time to sleep Chad tells Jill that she must sleep on the floor, but she rapidly starts finding all the excuses to go in the bed and after a while Chad gave up and tells her that she can sleep in the bed with him. The thing is that Laura has a plan, she wants to have sex with Jill's brother. Indeed Laura isn't a fantasy in Jill's head, she is real and can control her body and her mind.

This story made me think of a book I read at least thirty years ago in which a doll who was in fact a demonic entity make a deal with a woman to share her body in exchange for fame and fortune after befriending her when she was a young kid... don't ask me the title or the author since I forgot this a long time ago. Now I don't say it was the inspiration as it would be quite a coincidence, I only say that this book came through my mind. There is no crew credited but I'm almost positive that Missa X herself was the director of most of the films in the label early years. The story itself was quite interesting since it's different, I mean there aren't that many adult films about "demonic" possessions. Chad White was nominated for the best actor AVN Award for his role and I can understand why. Jill Kassidy was also very good in her interpretation of the two sides of her character, the nice and gentle Jill and the sinister Laura. Surprisingly even with this theme the movie made me laugh often. When the sex happens this isn't one of those "wham, bam, thank you, ma'am" incest scene since the progression is realist and not silly, the switch between Jill and Laura who is subtle at first is really well acted by Kassidy.

Certainly worth a watch in my book and you can watch the film on the MissaX streaming service or buy it on video on demand everywhere if you aren't a member.