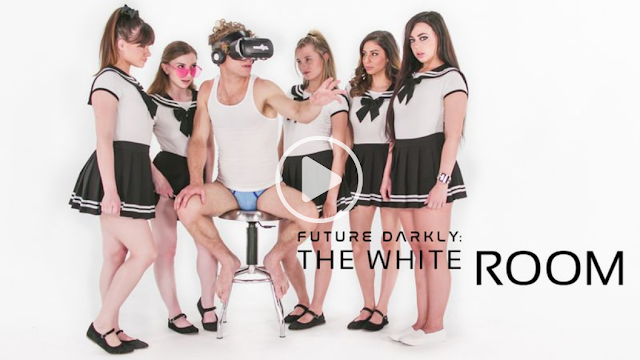 Vincent (Michael Vegas) is a shy school bus driver for an all-girl school, but he is more than that when his work day is over... he is a gamer and we don't talk Pac-Man here. 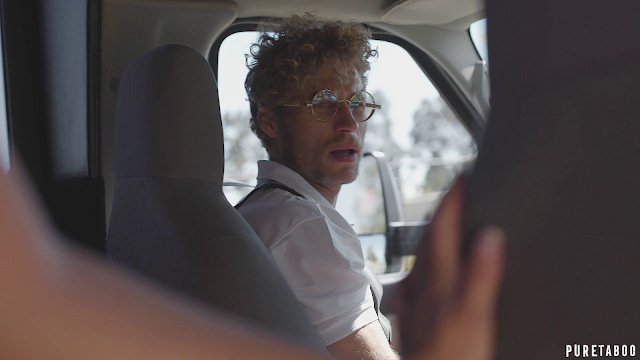 He plays a virtual gaming system who is modified in a way to become a sex simulation and to spice things up he use the DNA of his student passengers to add his virtual sex slaves in the game.

The game rules are simple, he does one girl and the other ones must act as if they were jealous of his pick of the day. The trick to make everything go smoothly is to removed the personality from the girl's DNA when they are added to the virtual world.

One day while adding a new girl to the game he receives a call distracting him and he enters the new slave with her personality. Which means that she isn't a blank state and recognize the other girls in the white room as being her schoolmates.

With this knowledge they will change the rules of the game and by doing so adding a fatal bug to the game who will result to its destruction.

This is a great introduction to a science fiction adult series, in fact Bree Mills wrote a story that could be easily part of a mainstream science fiction anthology... minus the sex of course. Michael Vegas does a good job playing the two different sides of his character and Whitney Wright is also great in her role. I like how the narrative takes its time to set everything and doesn't go sex mode immediately. The final act could have been a little bit better with less people but this isn't that big of deal.

As usual forget about all the "I'm eighteen" lines used to play safe since the girls are clearly high school student and live the fantasy as it should be played.

You can see the episode on the Adult Time streaming service or you can buy it on DVD or VOD paired with Artifamily who will be my next episode review tomorrow.