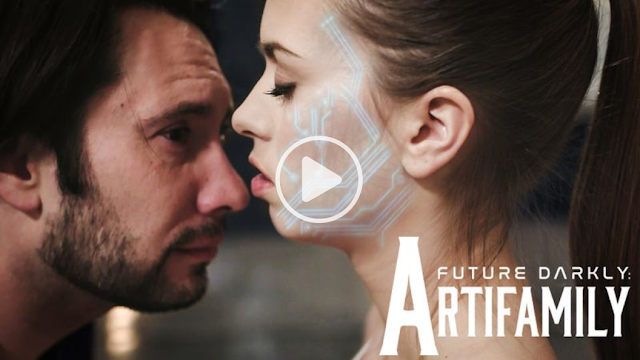 A team of scientists is working on a robot, a cyborg or something else and we see them from the point of view of the operated one... evidently a nice reference to Robocop.

The team is from the Artifamily Corporation who operate in the cloning technology, helping family to deal with the grieving process of a loved one but they can only provide one clone once for a client.

Robert a man who just lost his wife and his daughter in a car accident is waiting anxiously in the waiting area since he his the client for whom the procedure is done.

Since only one clone can be created the team goes for the most viable one (don't ask me why one is more than the other since the DNA should be as good for both) and it's his daughter.

For some reasons the clone is filled with lust and all she talks about is sex and she wants her father to do the deed. Obviously Robert doesn't want it this way (a nice change from the usual narrative) and he will slowly but surely lose his mind more and more each days. He will finally go for it since what is in front of him isn't his daughter or his step-daughter but a sophisticated machine.

That was another solid entry with a nice be careful of what you wish for angle. As it was the case with White Room they take all the necessary time to set the short story and as a nice twist from the usual formula this isn't the father who wants the incestuous relation (in fact you see his deception after the procedure that the clone isn't his wife) but the daughter. Tommy Pistol got an acting nomination for his role and watching the feature it's easy to understand why. I got some laugh from Jill Kassidy performance playing a sex driven clone.

You can watch this one on the Adult Time streaming service or you can buy it on DVD / VOD in a double features with White Room.