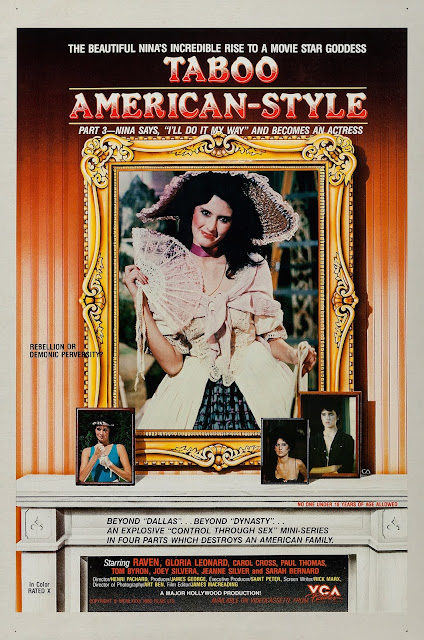 We start with an argument between Nina and her father who wants her to move out of the conjugal bedroom since Tom will be back from college. Obviously Nina isn't please and she is even less when she learns that her mother will take her place in the bed to save the appearances for her brother. I kind of laugh when Harding told Nina that he was always her father... that boat sailed a long time ago.

Tom came back home with her new girlfriend and his mother is sure glad to see him after so long. After a nice dinner it's time to sleep and you know what's coming... it's time for Nina to go incest mode with her brother and his girlfriend.

The following day Marylyn leave because she have college works to do and the family will receive a movie producer to talk about a movie deal. Obviously that won't fall in deaf ears and Nina will do what she have to do the get a role... which means that Jeanne Silver role in the film is sadly already over.

Nina gets the part and her acting is sure unsurprisingly awful. While she and her father are at the studio, Tom understand that her mother is in trouble when he see her pills. Emily prepare a bath for him and, you certainly guess it already, time for some mother / son lovemaking but that scene show real love and not manipulations like everything involving Nina.

Another good episodes but the worst DVD among the four and the others are nothing to write home about... so again I recommend a rent and not a purchase, VCA doesn't deserve money for that lazy DVD job.