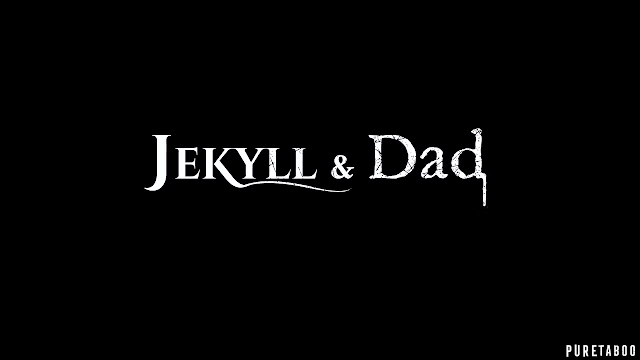 Notice something particular with the title? Yep two years, but why? Easy this is one of the few Pure Taboo features who was remade, but why was it? It's because the original never made the road from the original Pure Taboo line-up to the Adult Time ownership. So the original vanished from the history book, but guess who had it already on one of his old DVD-R? Obviously me, so why not compare both of them here...

While studying for school Emma (Aria Lee) get out of her friend Lucy sights, she search her everywhere in the house and find her having a friendly discussion with her step-dad. He wants her to stay for dinner but Lucy convince her to go.

At dinner time we learn something important... Lucy's mother is dead and she had something to do with it and the step-father use this to blackmail his step-daughter. She must replace his dead wive or she can go to the cops to tell what she did and suffer the consequences. What follow is a long unpleasant forced sex scene between the Lucy and her stepfather.

Now that was a credible looking feature mostly because of Kendra Spade's acting. Usually most actresses will go out of character during the sex but not here, we feel that all this is unwanted and a torture for Lucy... she even cry real tears more than once. At the end we see her completely desperate after her step-father told her that all that could have been avoided and that it is all her fault. Dick Chibbles did a good job selling us the scumbag step-father too...

And now the new version... no need to redo the synopsis since it's the same story with different actresses and 12 minutes shorter.

I won't lie, this version is lacking and plays more like another father/daughter fantasy than a modern roughie. Jojo Kiss plays the character differently and this isn't a positive, no more feeling of despair but a feeling of boredom and a can we get over it mood. Dick Chibbles does what he can but a lot of the abusing language is gone to the point of looking like a bad caricature of an abusive father.

Watching them back to back is certainly not a good idea since it made it obvious that the 2020 version is weak, but sadly this is the only one who is available now.

Why the 2018 original was erased and hidden? Your guess is as good as mine, but it was probably too real for Adult Time and they didn't want to take a risk on it... as we know the North American content producers are really chicken these day and don't touch anything that could be controversial.