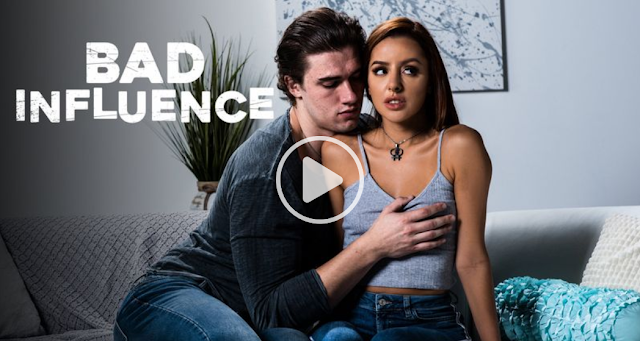 The latest Pure Taboo short went live today so why not review it...

Abby (Vanna Bardot) arrived in panic at the home of her girlfriend's brother (Michael Swayze) after he asked her to come because he was afraid that Terri will start doing drug again. In fact as he will tell Abby it's worse than that... he wants his sister to relapse because he can easily manipulate her and do everything he wants with her.

Obviously Abby is shock that Martin can do that to her girlfriend, but what's coming from Martin mouth will be even more shocking... She must have sex with him or he will make sure that Terri relapse. So reluctantly she will have to do what Martin want.

This is a good scenario for a short and pretty much the raison d'être of the company, but after the promising start something goes wrong... the uncredited director (the credit is Anatomik Media so it could be anyone who was at the studio this day) forgot that the desire isn't mutual and that Abby was blackmailed into this. Now I don't say that the scene isn't hot, but Vanna Bardot sure doesn't act like someone who hate what is happening and it's more a conventional scene than an unwanted relation.

Not bad, but the way it was directed made it inappropriate and certainly not what I expect from a Pure Taboo scene. 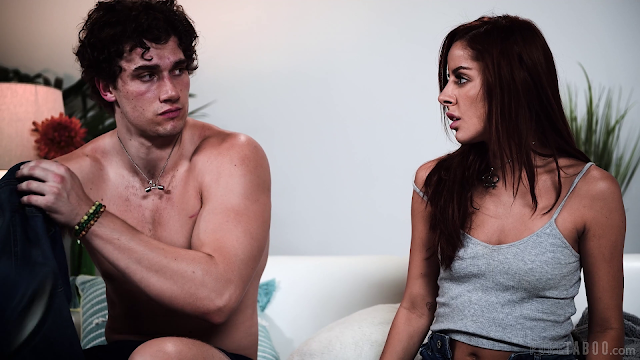