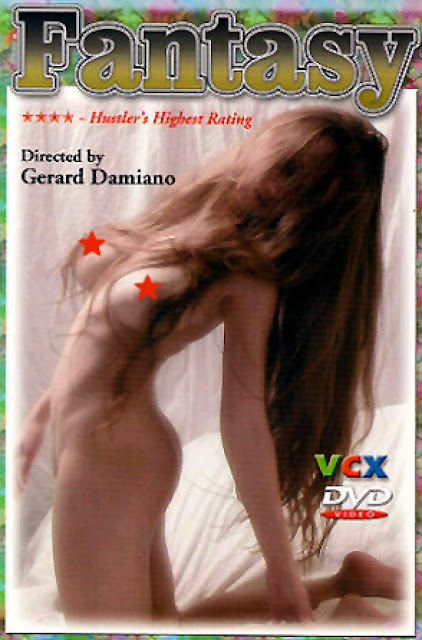 A group of people are in a club waiting to leave for a trip, while doing so they each start having fantasies.

As I said previously Gerard Damiano was at his best when he was doing other genre than comedy (what can I say, I think his comedy were awful) and again this one prove me right again. Sure the story is simple but even a film without much storyline can be great and this one is.

The formula is straightforward, Gordon (Jon Martin) the club barman is the one introducing us to the waiting passengers when he goes to a table to refill their drink and start a short conversation. After that conversation the client with whom he was talking will plunge in his / her mind and will start fantasizing.

Here it is, as simple as this you get one of the best Damiano's production. A lot care put in the actions and as usual a great shooting work by João Fernandes who is one of the best director of photography who have worked in the industry.

A great cast with a good chemistry, to be honest I really can't find anything negative to say about this film.

Of course I recommend the film, even if the available DVD from VCX is cut (what else is new). This film is too good to not watch it because of a minute or so missing (but if you are a German speaker you can get the complete film on DVD). We can just hope that some other label will restored the film someday... yes the VCX DVD looks fine but the screen ratio format is wrong as usual and a collector always wants a complete movie not a cut one.

Some time ago I have posted the end credits on my YouTube channel but it was sourced from a VHS and the quality wasn't that good, so I post another version here this time sourced from the DVD. Why? Because I love how they did it that's why 😃