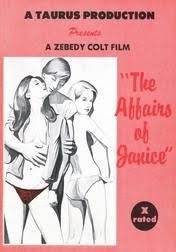 The film begins with the image of a drowned man floating in a pool which is a bit mysterious. We quickly discover that this man is George King (Zebedy Colt) and what happened to him. We go into the crime thriller genre with Colt as narrator. I will not give more details because it will spoiled the pleasure of watching. Despite this obvious budgetary limitation the film manages to be interesting because the story is well constructed and developed (which is usually the case with the Zebedy Colt's films). There is nothing wrong with the performances of Colt, Crystal Sync, CJ Laing and Ras Kean. On the other side Annie Sprinkle (the reason for her precence in this film is to play the most extreme scenes) and Bobby Astyr have little reason to be in this movie. The end à la "Tales from the Crypt" is particularly successful.

But I must say that this film is not the best I've seen from Colt. His films are usually more extreme and this one is too conventional for him. The fact that the video quality of the film is not impressive (a VHS transfer and a picture way too bright) does not help, but on the other side the soundtrack is perfectly clear. In a more simple way we can say that it's a typical Alpha Blue Archives released. If you are satisfied with the quality of their product usually you should have no difficulty with the visual quality of this movie.

This film is available trough the Alpha Blue Archive website on a triple features dvd.
Posted by Jimmy at 3:17 PM