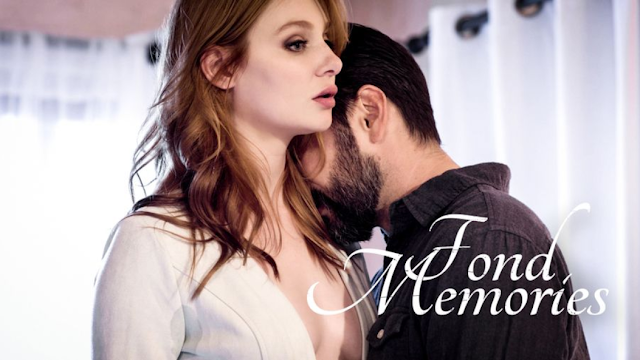 Time to come back to Pure Taboo with this week release directed by Kay Brandt.

Ryan (Jay Romero) brings his new girlfriend (Lacy Lennon) home to meet his father (Tommy Pistol) which is in a way will make the relation more official. Ryan really wants Lydia to make a good impression, so much that he made her change her hair style.

When they enter the house Nate, Ryan's father, is playing the piano melancholically. They start talking and Nate says that Lydia looks familiar but she tells him that it's the first time they meet each other. She sits alongside Nate and starts playing with him, but Ryan interrupt telling that he has a gift for Lydia.

The gift is a new pair of shoes and a new dress, but when they return in the restroom something doesn't feel right. Nate almost falls on the floor when he see Lydia, now with the dress he knows where he has seen her before... she is the mirror image of Megan his deceased wife when she was younger. This is when Ryan decides to reveal the truth: he started dating her because she reminded him his mother, in fact all he wanted was to cheer up his father buy bringing back to him the love of his life. Unsurprisingly Lydia is far from being happy with this betrayal of trust, same with Nate. Both of them stay alone, Nate starts talking of his memories of Megan and how he miss her, Lydia on her side talks about her dead sister. Will this be enough to brought them closer? What do you think... it's an adult film so of course it will be.

Obviously I recommend this one... now I hope that Pure Taboo will continue this way for a moment since this is the type of material that made me took an account with them a while ago.