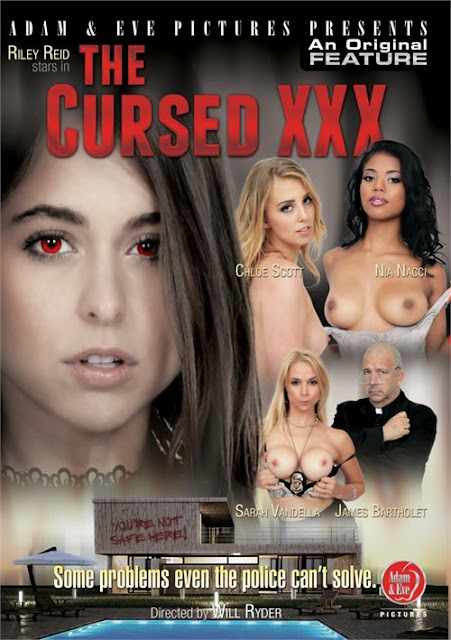 Abigail (Riley Reid) the only survivor of a fire at the group house she was living at moves at the home of Brad (Brad Armstrong) that happens to be a cam house.

Strangely a lot of weird phenomenons occur at the house when Abigail shown up to became one of the cam girl. The first major one being a girl found drowned in the swimming pool, a death who will bring the LAPD to investigate and what was a mysterious drowning at first will become even stranger.

Like if that death wasn't enough something else happens, the girls do their usual cam show with different guys but the men don't show up on the video feed!!!

This one was a big surprise considering that I really didn't like the previous Will Ryder's films I have watched, the fact it was original and not a "parody" surely help since I don't think that his genre productions are that good. The cast is filled with big stars and a lot of them did a great job (one thing for sure I don't understand why Riley Reid didn't get an award for this film). The story is enjoyable and we even get some stunts and, yes, some gruesome moments. The sex come naturally and nothing has a filler vibe, but once again no girl girl scene which is hard to understand since the film is set in a cam house filled with girls.

The film is available on VOD and DVD (from what I have read the extras on the disc are worthy of a purchase), I have seen it via my unlimited Gamelink account. As it was really enjoyable I highly recommend this film.

Trailer
Posted by Jimmy at 1:17 AM