I was going through Adult Time searching for something to watch when I fell on this... A movie with puppets directed by Tommy Pistol! Of course my reaction was I need to watch this. So here we go review time.

Tommy is home doing the best he can to stay busy during the pandemic when a package is left at his door, it's a puppet that his mother sent him because she doesn't want him to share the same faith than his uncle did. 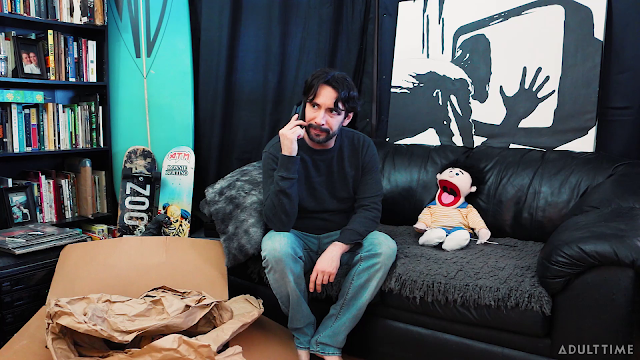 The following day the puppet start talking to him... now there are one logical reason for this, Tommy is going crazy alone at home. Days go by and the puppet don't stop one bit, in fact it become worse so he throw it out of the house... it was for nothing since the puppet is back sit on a chair.

This is when the puppet tell that it is a manifestation of his blue balls, so Tommy knows what to do... jerking of time! The puppet warn him that it won't work and not working it did, the more he does the more puppets shown up at his house. 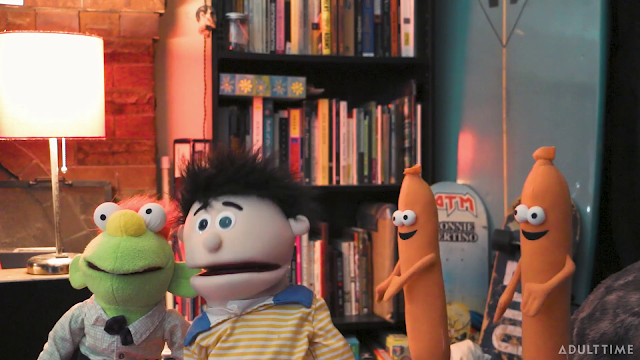 Finally he understand what he should do and calls a friend to ask her to came meet him at his home to cure his case of blue balls. She rings at his door later and surprise she has a puppet with her. 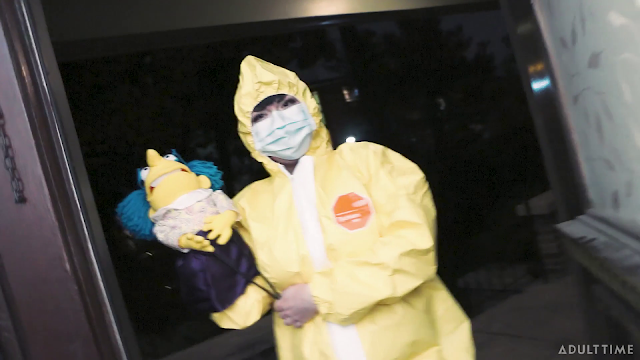 They talk a little bit and it's time for actions... not only Tommy and Faye actions but also puppets actions.

That short film was sure fun to watch. Contrary to what that guy who was a columnist 40 years ago in Variety can say at imdb Tommy Pistol is a great actor and I can't see anyone else in a silly sounding project like this. I sure laugh often with the interactions between him and the puppets or the ways he used to relieve himself. Faye Doneaway was quite funny too and she bring back memory of Jessica Roberts with her giggles (if you knew who she is you should know what I mean). I haven't seen her in anything before, in fact she has no other credit, and since she is the co-director and co-writer of this short I have a feeling that she is Tommy real life girlfriend or a good friend of him.

At the best of my knowledge there are no VOD release available for purchase and this is an Adult Time streaming exclusive.