A Touch Of Envy 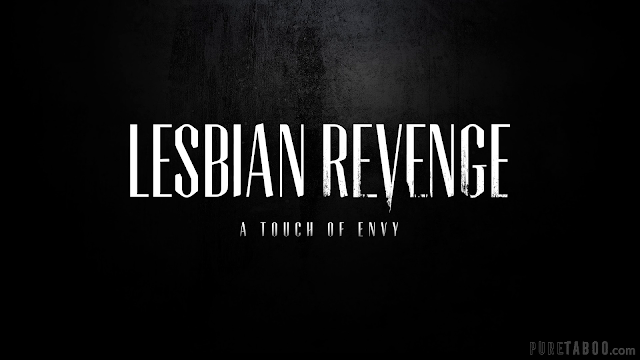 Latest episode in the Lesbian Revenge series in fact it was released two days ago, it's no secret that I love girl girl film so of course I had to change my plans to watch it immediately.

April (Maya Woulfe) share an apartment with Mia (Joanna Angel) and she is the roommates from hell, no way that I would have been able to live with a roommate like that more than a day.

Mia being who she is does everything she can to prevent April to record her online programming tutorial, even if it's the weekly time where she is supposed to be in peace to do her works... so it isn't hard to imagine that Mia is more than angry with this situation.

A couple of days later April and her girlfriend Cassidy (Aiden Ashley) are together in the kitchen cooking cookies and of course course April can't resist the urge to throw a snide remark about Mia. After a while April phone rang, she must leave to replace a co-worker at work and she left her girlfriend alone to continue the cooking.

This is the perfect timing since she'll get her chance to take her revenge which is the theme of this series.  She's a computer wiz so it's time to use her force at her advantage. She photoshop a picture of April to make it looks like she was cheating on Cassidy and send the altered photo to her. As expected Cassidy took it very badly, but Mia come to the kitchen to console her and complete her revenge plan. 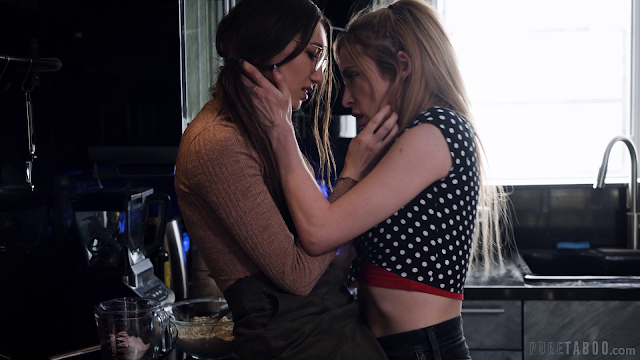 This one got me right from the start, I love girls with glasses and even more when they have long hair so by the captures you should understand why it did. As I said before a short feature can be as enjoyable as a full length feature, as long as the actions happen for a reason and make sense. No worry about this since Joanna Angel who wrote and direct the short quickly put those essentials elements in place. Maya Woulfe that I have never seen before, her film career just begin, really impressed me, not only by her look and her acting but also with her energy. As we know Aiden Ashley is always great and in a perfect world she would be the biggest star in the business. 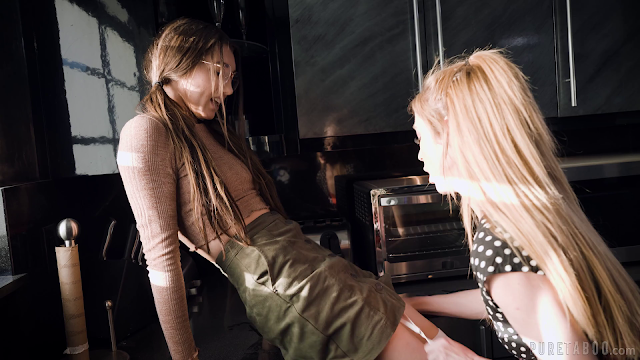 At this time the short feature is only available on the Adult Time and, obviously the Pure Taboo, streaming service but since three volumes of the Lesbian Revenge series were previously released on DVD I don't see why this one wouldn't be at a future date.