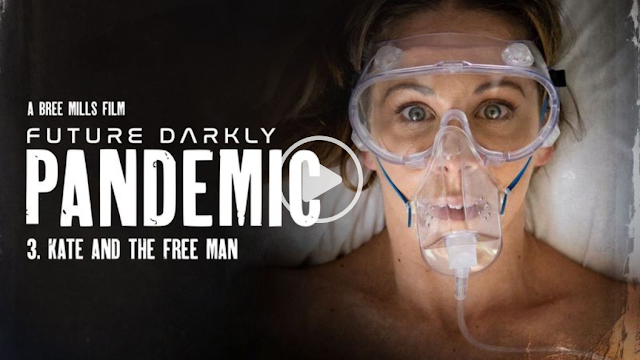 We start with Kate (Cherie DeVille) waking up for her daily routine and we already know by the equipment she wears to sleep that the pandemic fear hit her very hard. She goes to her to do list (disinfection sure shows up often), start the cleaning, get a call from her sister about some plants she left her outside and this is when she opens the door to try taking them that we see that something isn't right.

Right after a fail attempt, she goes back inside and run to the shower to clean herself with some solo playing time added... and this is while she is in the shower that she got the first flash of a mysterious man (Dick Chibbles) in a remote area who doesn't give a single fuck about all that cleaning and disinfecting non-sense.

After it's time for a virtual consultation with her therapist and now we know what's the problem, she suffers from a severe case of anxiety and the pandemic put it over the edge... not that we didn't saw that it did already from her actions. she stop her conversation abruptly and she starts fantasizing about the man again, so we're back to self love time with some kind of interactions via dialogue and mind visions. 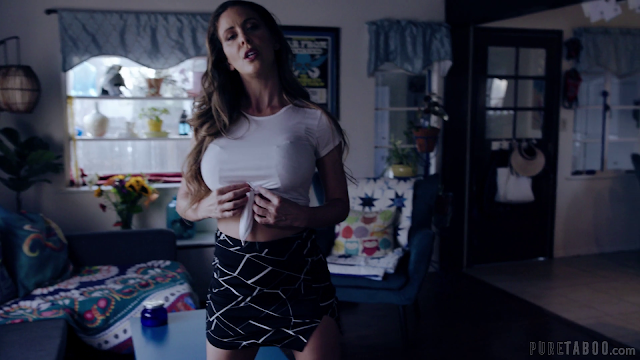 Since that one is short there aren't much to say about it, but once again we got a different vision of how the people deal with the pandemic. Cherie DeVille does an awesome job with her character dealing badly with the event effects on her mental psyche. Nothing bad to say either on Dick Chibbles performance since I have a feeling he just played his character as himself. Now I know that it isn't the most arousing episode since we go from Karen and the man each time the solo scenes happen but this isn't the point as Bree Mills tell a story here and just the fact it was done at this time is a tour de force.

At this time the only way to see Future Darkly: Pandemic is via the Adult Time streaming service, but I'm sure a commercial release will come soon.