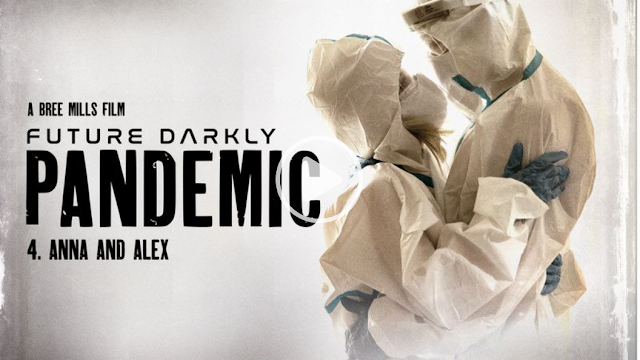 Here we are it's time for the series conclusion with the last episode...

Anna is home alone doing some exercises listening the news and this is when she hears what we all want to hear... no new infection case happened in the last 30 days and a loosening of the public gathering restrictions is a possibility.

She immediately contact her boyfriend Alex (Lucky Fae) by private messaging to ask him if he heard the good news. After so much times, they can't wait to see each other again in person and Alex takes a break from his work to run at Anna's house.

But that doesn't mean that all precautions must be thrown off and what follow is what we can really call safe sex... 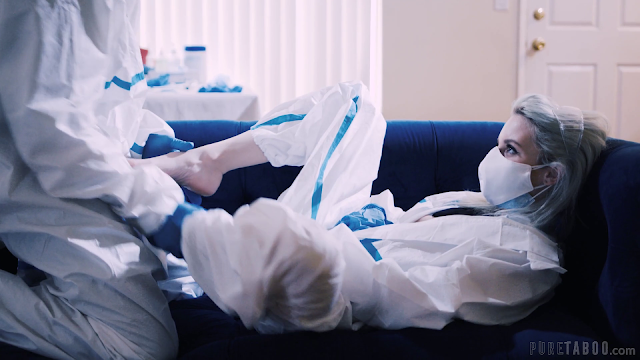 At first I wasn't too sure about this one, but how wrong I was. Seriously this is the best episode in the series and certainly the most arousing sexually speaking. The chemistry between the two actors is great since they are a real couple (going with the names, the fact that Lucky only worked with her and the obvious fact that only people living together had scene together in the series) and we get a lot of teasing until the action start. I know the series got a lot of bad critics, but most people can't do the difference anymore between adult cinema and stuff to jerk on.

What not to love in that episode who ends on a positive note... life is coming back to normal and all those restrictions on our liberty, necessary or not I won't share my feelings here, will come to an end eventually.

At the time of my review this is only available on the Adult Time streaming service, but it will ultimately get a physical release and when it will happen I really recommend the series... just take it as a whole and not a four scenes production, I really think Adult Time did an error releasing the film in four parts and that it would have got a better reception as a complete film.