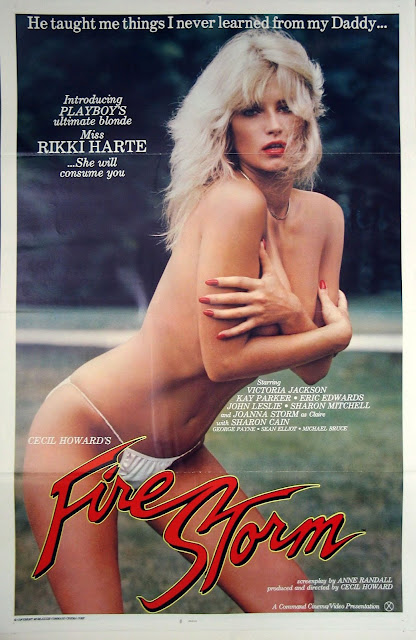 Ken Cushing (Eric Edwards) an author with the best of his career behind him get the stroke of luck his career needed when he receives a phone call from a rich socialite, Magda Balcourt (Kay Parker) to ghostwrite her autobiography. Sound simple isn't it? Oh no it won't be...

The Balcourts have a blind daughter Claire (Joanna Storm) and Ken will start courting her even if he is in a couple (kind of, it's complicated). But Claire's mother is really protective of her, not only because she's her daughter but because she was responsible of her affliction.

So in theory we would have a basic story but... add a burglar who will get Lee Balcourt's ledger with all the shady financial dealing detailed in it and a blackmailer to the story and the result is great if you want to invest yourself in the story.

I didn't say much about the story since I didn't want to spoil it for you. Being a Cecil Howard's production we already know that it will be good, not that I didn't already since I've seen the film some years ago via an awful VHS source. The particularity of the story is that isn't told with the usual linear method, it's a long flashback but we also get flashback in the flashback (one of them being the great Tina Marie's scene who lead to Ken and her separation).

This is also one of the rare time where Eric Edwards played something else than a good guy on the screen during his career (seriously I think it's only the third times I saw him played something else than mister nice guy). It's also always appreciated when Tina Marie is in a major role (watching her in Star 84 when I was a teenager sure made an impression on me). The acting performances are perfect, which is expected from Edwards, Parker and Leslie (even if I think he overact a little bit) but not necessarily from Joanna Storm.

The film cinematography is also great and finally we see it in all it's glory with that release. I won't say that Firestorm is my favorite Cecil Howard's film, this spot belongs to Snake Eyes but this is certainly part of his top three. One thing for sure, the day he found Anne Randall he it the jackpot with an amazing story author.

The film was just released last month by Distribpix on blue-ray and that means that we get a worthy addition to our film library, as we know Distribpix is the best label when we talk of adult cinema classic on BD... too bad their releases are so scarce.

This one is available directly from Command Cinema just like all their previous special edition blue-rays, it's filled with extras as usual and really worth the price asked. 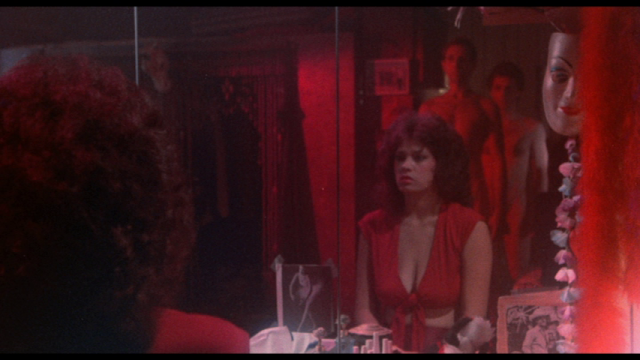