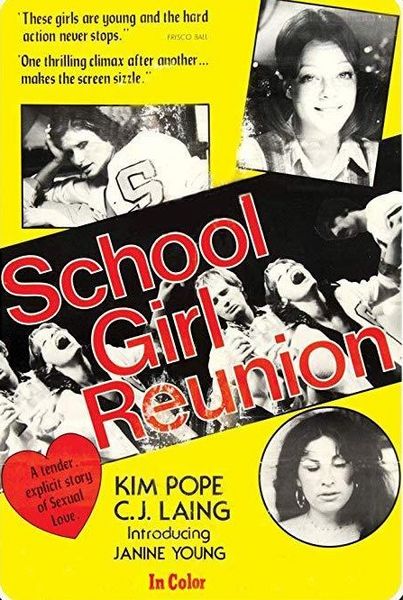 First thing first the film isn't about an high school reunion... The movie starts with Roger Caine (This is how the character played by Caine is named) evoke his memories of his football high school starring days on the field. After a while he notices Melanie (Kim Pope) and goes talking with her. 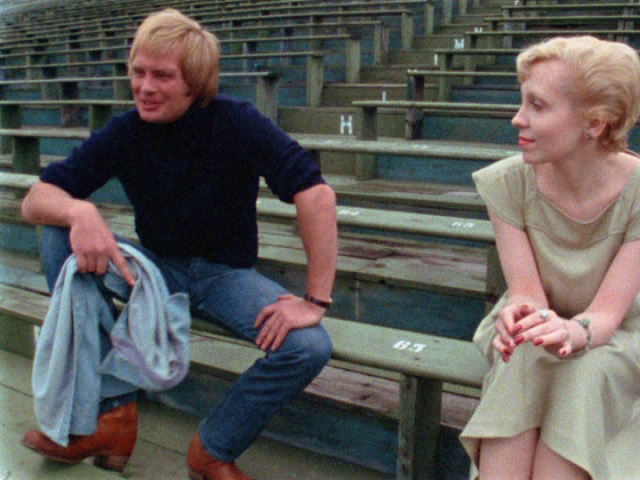 Both of them talk about their high school days starting with Caine talking about the adventure he had with his coach's wife (Renée Duval)... here I have an advantage since I understand the song and all the dialogue. 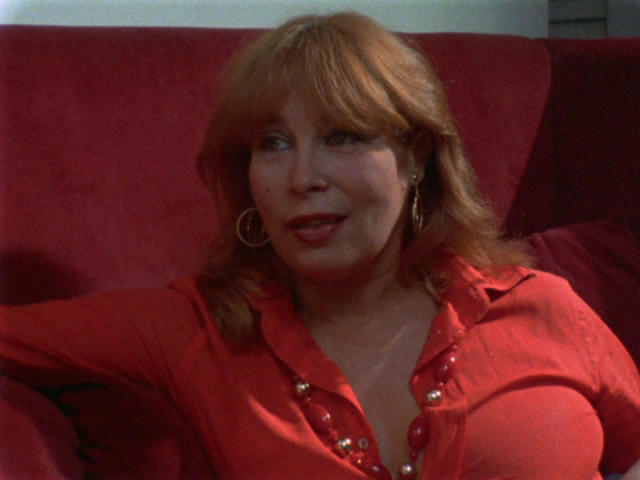 Next it's Caine turn and he tells a story where he let Barney use his name to trick some girls, yeah Barney is kind of a garbage person, to enter in a strip poker game with one of his friend (Bobby Astyr) in the evening... and the game sure end in a better way than my strip poker game back in the days.

Finally the cat got out of the bag, we know it already but not Caine, when Melanie tells how she was played as a fool during a victory party. This is the night Barney send her with Roger to confess her love to him and more, but there is a problem the football star is completly drunk and all the party guests enter in the bedroom after to "tease" Melanie. 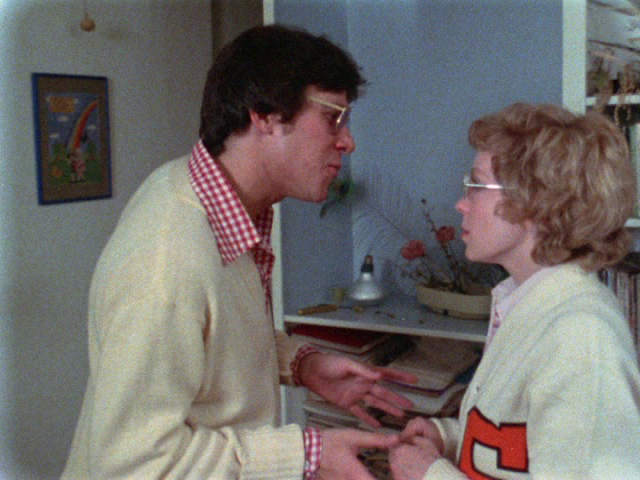 This bad "joke" will cause Melanie to quit school and disapeared. But she wasn't the only who left because of this...

I told it before but I really like Shaun Costello's films, sure most of them are one day shoot mostly improvised but he knows how to make a good and enjoyable movie something we can't say about many film directors. This one, shoot probably in two days (too much locations to be a day only) is no exception with a good performance from Kim Pope and Roger Caine... highly recommanded.

Also Tubular Bells is used so you know that it's a Costello's production even if you don't know that Amanda Barton is one of his alias 😉
Posted by Jimmy at 8:41 PM