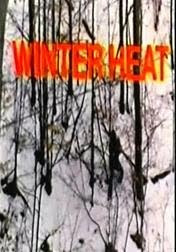 Three ex convicts (Jamie Gillis, Mickey Humm and Alex Mann) accompanied by a woman (Helen Madigan) decides to attack an isolated house and terrorize its three inhabitants (Susan Sloan, Bree Anthony and Jenny Lane). Is this makes you think at something else? Yes it is an adult version of  The Last House on the Left and what it should have been since The Last House on the Left was writen  to be an hardcore movie (which would have been interesting to see, but maybe a bit too much). It is also a The Last House on the Left light without policemen, parents or revenge (if there was one, it was certainly well hidden). This is not really a criticism since I always thought that the the police search subplot in The Last House on the Left hurts the film. Jamie Gillis is excellent in his role (but is it really a surprise) and Alex Mann also (despite the fact that his character dialogue is really annoying). On the victims side only Susan Sloan gives a consistent and credible performance. Anthony and Lane have their moments, but their performance is uneven. My copy of this film is not that great : the sound is uneven and we often hear statics, the picture is not much better since it is pixelated and very often jerky. But we must accept this when we decide to explore the adult productions of the seventies. A good movie despite the absence of a revenge at the end and the complete absence of Jennifer Jordan in this film despite being included in the movie credits.

This film is only available by video on demand.
Posted by Jimmy at 9:03 PM