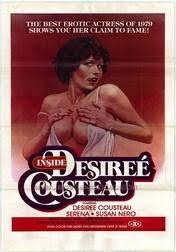 As this film will be released later this year in France on DVD (using the original negative) I thought it was a good opportunity to watch it. Obviously  to enjoyed these so-called biography films you must appreciate the person in question. This is of course not a problem for me since I like the naive and comical personality that she always had in her performance. More she is one of the few actresses who had a breast augmentation that I appreciate. So in this film she recounts her work experiences before becoming an adult actress and, curiously, the sex always happen in all these jobs at one time or another. The vast majority of these vignettes are interesting, fun to watch and they were made for this movie, unlike the vast majority of the Deep inside X shot later on video that are just compilations of scenes taken from other video (a practice that gave a bad reputation to this genre). I particularly enjoyed the first scene with Desiree and an actor I was unable to recognize that end with an underwater cumshot and the one where she is a saleswoman in a women clothing shop (Juliet Anderson, who plays the manager of the store gives a pretty good performance). In fact as I mentioned previously almost all the scenes are excellent, without the final orgy the movie would have been perfect (I don't like those scenes where the action always shift from one couple to another). In addition to Desiree Cousteau (obviously) Juliet Anderson that I have already mentioned the distribution also includes Sharon Kane, Misty Regan Serena, John Holmes and some others. This film is certainly one that I can see myself  buying again depending on the quality of the new French DVD (since the price is somewhat high).

The film is currently available through the website of Excalibur Films at a reasonable price.