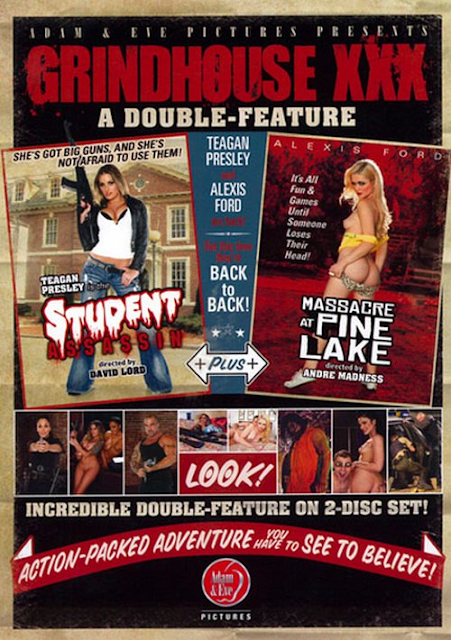 Remember that attempt of doing a seventies type double features from Tarantino and Rodriguez who was ruined by you know who? I'm sure you do, for better or worse, and here we have the same experience with a more adult perspective and a distributor who doesn't think that we are too dumb to watch two movies one after another.

The program start with a trailer for the double features and another one for a film named "Easter" that doesn't exist but look cool (even if it was a non-adult film). After that the program began with our first movie. 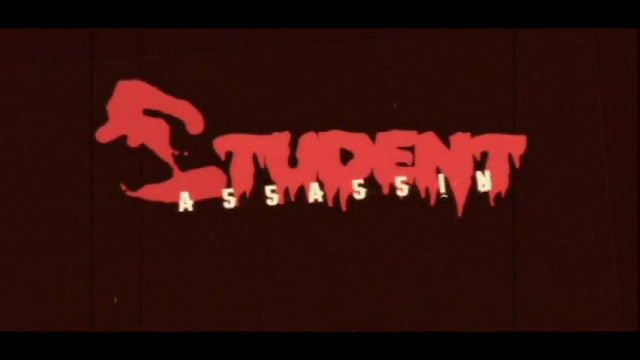 This crime film directed by David Lord start in the shower with Teagan (Teagan Presley) and Allie (Nina Mercedez) our main couple. Allie who is a police officer leaves for a drug bust operation that won't end as previewed.


Indeed they are taken prisoners by the drug lord (Derrick Pierce) who decides that he will execute them after a while. Meanwhile a police officer goes at the school to inform Teagan about the disappearance of Allie and her partner.


Teagan is left with no choices and must act to retrieve her girlfriend, good thing that she is not only a student but also a part time assassin for hire (it beats going high debt with student loans) since she will go at the location and save the day.

Next it's time for the second feature... 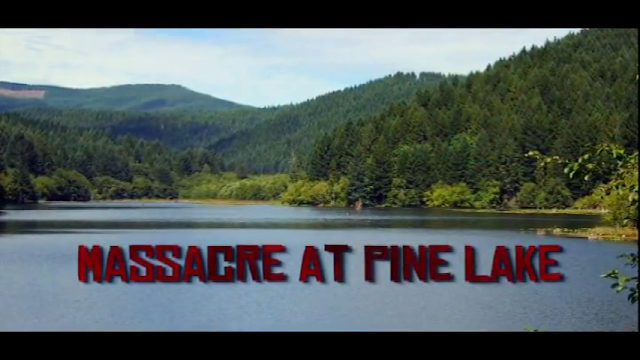 Obviously going by the title this Andre Madness' production is a slasher movie. A group of camp counselors is at the Pine Lake Camp to make it ready for the summer opening.

Meanwhile a criminal is escorted by two prison guards to another location and, as you can expect, he will beat the men and escape in direction of the camp.


If you are familiar with the genre you already know the rest of the story... the prisoner kills each counselor one after another until only one left, except that it won't be a virginal girl this time, to confront and beat the killer.


To be honest none of those films is that great, but one of them is much better. No Student Assassin isn't that one, except for the lead Teagan Presley the film have nothing to call home about. The story is rushed, the special effects are laughable and even with only three sex scenes the director found a way to put one irrelevant filler. Massacre at Pine Lake, even if it's predictable, is more enjoyable and fun to watch. The cast looks their parts and have fun at the camp, there are no filler, the story have a natural flow, the effects are better, not great but acceptable, and the killer is sure impressive.


So not really a must see, but the experience is interesting and worth at least a rent. The DVD come with a second disc full of extras but since I have bought the video on demand version I can't comment (you can check other reviews if you are curious).

No one asked me, but personally I think that modernizing two early seventies West Coast productions would have been a better idea than making the two features out of nothing.
Posted by Jimmy at 2:54 AM