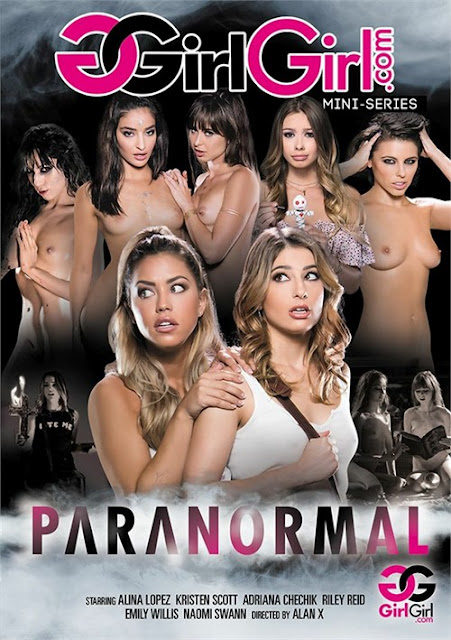 This all-girls four parts mini-series as the title imply have a supernatural theme and a pretty good cast going for it.

Kristen (Kristen Scott) is a paranormal investigator and her new case starts when she receives a video call from a student named Naomi (Naomi Swann) about her roommate who is possessed by a demonic entity. She takes the case and goes at naomi's apartment to see by herself if the roommate is really possessed.


After a preliminary discussion with the roommate (Adriana Chechik) Kristen realizes that it is indeed demonic possession and that she must go back to do more research. When it's done it's time to return to beat the demon out of Adriana and this won't be the exorcist ritual that you are used to.


At the end of the ritual the entity is vanquish and it was sure a great showing of a demonic curse expunging. But the trouble are far from being over for Kristen. See this isn't demonic actions but the doing of two students practicing witchcraft.

Now it's time for them to get their revenge on Kristen and to do they will use voodoo rituals. They take control of Naomi who will force herself sexually (she sure missed the no means no memo) on Kristen. Now to be honest that isn't the best revenge plan but that brings some hot actions. 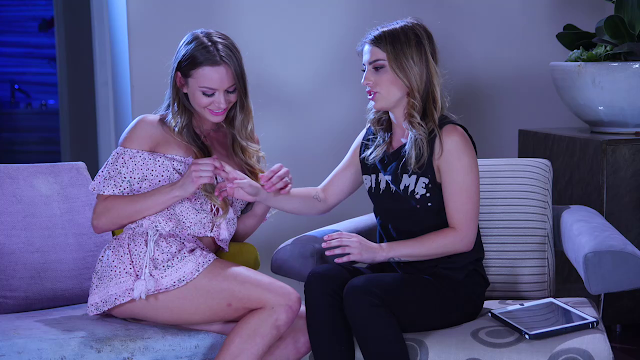 At the conclusion of this voodoo interlude it's time for Kristen to go back home. But when she arrives she finds her roommate in distress, she refuse to enter the house because of a ghost... time for another investigation.


They see the spirit and they put themselves in a circle of protection, but all this isn't ghostly activity at all. This is again Riley and Emily witchcraft fun, they take control of Alina who break the circle and you know already what will this lead to. 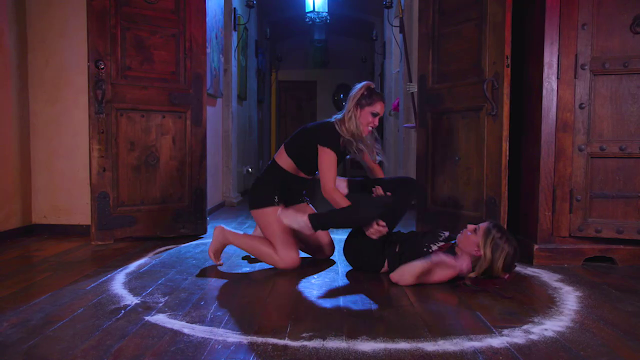 Alina is completely exhausted after the relation which give Kristen a chance to act fast to rebuild the circle and get out. Now it's time to finally confront the two little witches.


When she arrives at their home she encounters Emily but there are no sign of Riley. But she shown up and Kristen walks in her direction but she walks in a circle of stone which bring her in a different world. This is where the final confrontation between the trio will happen and you know what it means. After the relation Riley decides that she wants to keep Kristen in that world, but there is a problem with this choice... only witches can survive there. The end! 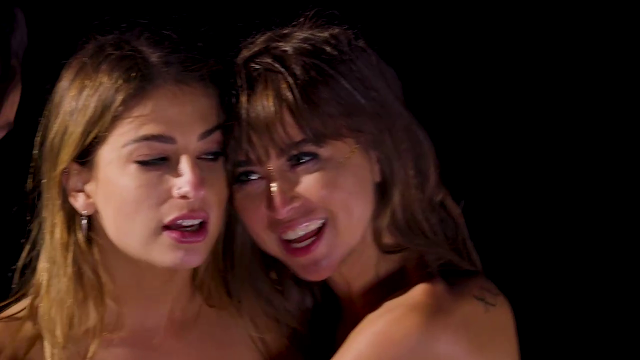 That was another winner. The story is interesting enough to stay interested, as usual Kristen Scott is great (showing her funny side this time) and the rest of the all natural cast do a good job too. It's well shot, the sex is sure hot and...  Alina Lopez's tongue goddamn!

Only negative is the end, I'm not a big fan of being stuck on a cliffhanger that will probably never be resolved. Being a recent film nothing say that it won't be, so maybe a sequel will be made later.

Of course I recommend the film, but be warned it's costly (at least this is the most I have paid for a video on demand) so depending of your finance it could result to a non purchase. What I recommend if it is your case is to buy streaming only or to become a member of the GirlGirl website.