I know it isn't a review, but don't worry the blog isn't dead. In fact the task who took most of my time since the beginning of the year is now done, so I'm ready to resume my writing duty... maybe tonight if nothing happen.
I just did a mail order sooner today for three upcomming After Hour Cinema releases, so I expect to get them somewhere in may. All of them will be release the may 10, but I must take into account the mail travel between the USA and the Canada. 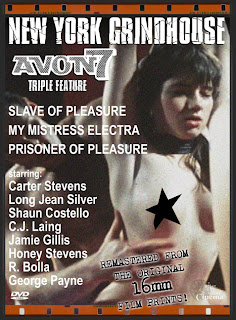 One of the most notorious of old Times Square’s “mini-cinemas,” the Avon 7, and the films produced under its banner, have become the stuff of legend. Located on 724 7th avenue (hence, the Avon “7”), the venue was known early on for its live sex acts, which were its main draw. To sedate the restless audience during intermissions between live sex, the theatre would screen self-produced adult films. With BDSM becoming prevalent in sex films by the late 70s and early 80s, the Avon 7 would reach the epoch of its career, and during this period would produce some of its most recognizable and infamous titles.
After Hours Cinema is proud to present three notorious Avon 7 roughies, produced by one of classic porn’s greatest producer-directors: Shaun Costello!
The Avon 7 is gone… But the films live on!
SLAVE OF PLEASURE – Shaun Costello’s hot and bothered wife is kidnapped by white-slave-trader Jamie Gillis, in a fiendish plot conceived by sexy blonde C.J. Laing! But, Shaun will see that justice is met… Kinky, leather-clad justice!
MY MISTRESS ELECTRA – Sleazy pals Carter Stevens and Ashley Moore are going to be awfully embarrassed about screening a porn film for their buddies… Why? Because this particular film, unbeknownst to them, contains a friend’s mild mannered wife as a lusty performer!
PRISONER OF PLEASURE – A housewife is abducted and held for ransom by the filthiest bunch of NY criminals you’ve ever seen! How about small screen sexual sadists like George Payne and Dave Ruby as examples?
SPECIAL FEATURES:
- Brand New Telecine from the Original Film Elements
- Booklet with Liner Notes
- After Hours Cinema Trailers 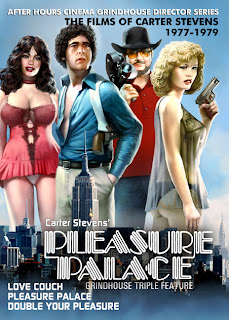 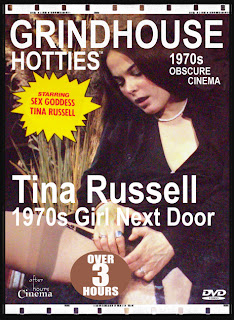