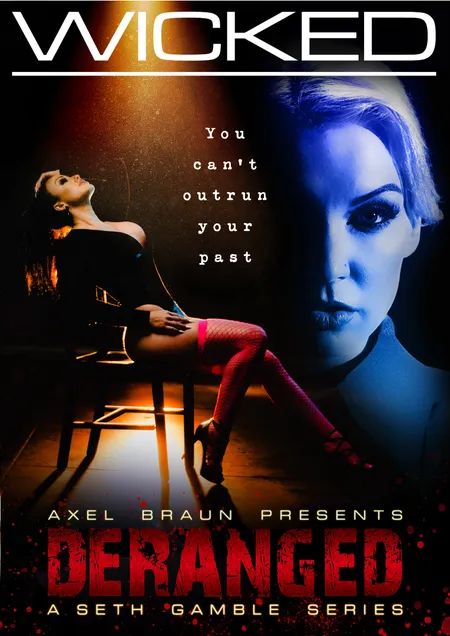 Because of my pause earlier this year there are some major releases I didn't review and this is one of those. I have reviewed the first part back in February so if you need a refresher just click here.

After she dealt with Joseph Curwen life is now back to normal for Charlie Hayes (Kenzie Taylor) and she is now back at her therapist job. Today she consult with a couple in serious difficulty since the passion isn't really there anymore. After some discussions she asks them to demonstrate how they share their affection (you surely know where it will goes) and Charlie will lead them taking charge of their actions. At the conclusion she asks Trevor (Rob Piper) to stay, turns out that they know each other.

We are now outside with a new character (Jennifer White)... turned out she isn't someone new to the story since it's Lizette who was introduced via a flashback in the first episode, her younger self was played by Jane Wilde this is why I didn't notice immediately. She keep herself busy with a slave and when he left Charlie shows of and Lizette highly suspects that she killed her slave. We finally learn why she wanted to kill Curwen... he killed her sister but the thing is that Charlie did the same to many other men for the same reason.

Via a flashback we learn a huge fact... Curwen knew Eve (Charlie's sister) quite well, in fact they were married to each other and things maybe aren't what we were lead to believe. What we see is a couple very much in love struck by a tragedy, of course it's possible that we are lied to by this flashback...

Talking of Curwen if you thought he was dead you were wrong, in fact the previous flashback was his so we can't be sure of its reliability. But how he survived? Lizette gave him an injection to revive him and she brought him as a prisoner at her place. She made him an offer that he can't refuse and to seal the deal they have a very hot sex exchange. The story become ever more twisted but I won't tell more and obviously the series isn't over yet.

That was a very good follow up, the story is expanded a lot and we learn more about the past events... but not too much is given as there is a lot of non-said and more possible possible back story introduce. Kenzie takes a back seat in this part, this is always her story and she is constantly present in spirit but the story is more from the point of view of Lizette. The story has more than enough twists to keep us interested, the cast is solid (Jennifer White addition was certainly appreciated) and sexually speaking there are nothing to complain about... from the dominating couple therapy to a romantic scene between Lovelock and Pistol to one of the most extreme scene I have seen from Wicked there is something to please everybody.

All in all this is highly recommended as the first part was. Seth Gamble shown here that he has a good future as a film director if he wish to continue on this path. One thing for sure I really hope that a part three is coming soon. Usually I would tell you here that it's a streaming exclusive, but since my review is late you can now buy the film everywhere on VOD and DVD... of course if you are a member the film is always streaming at Wicked Pictures.