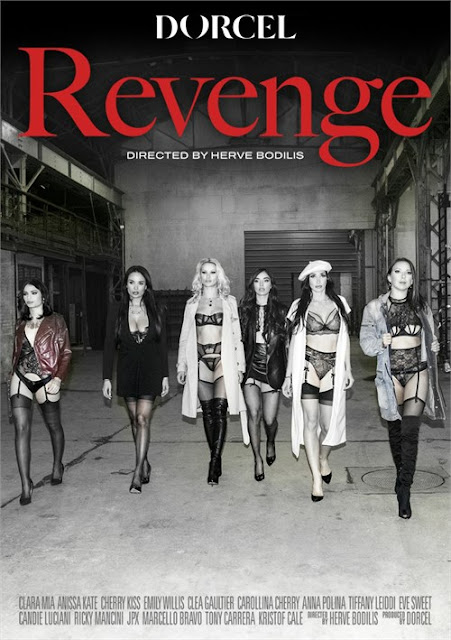 After the kidnapping of her sister by Tony, an old acquaintance who went to jail because of her, Emily is place in front of a non choice... she must stole a fortune in crypto currency from a new crypto start up or her sister will be killed.

Obviously she goes for option number one and to hit the three targets she needs a group of professional... good thing that she is an expert with that type of job and already have an old crew. A team of six women is easily build and it's time to set the plan in motion.

The first step is to get the code the software engineer in charge of the crypto app. This is easily done by keeping him and his wife busy at a sex club while their babysitter is switched with a member of the group who will get the needed info from his computer.

After getting the first code it's time to get the second one. The target this time is the owner of the public face of the crypto currency and since the switcheroo worked great previously the method is use once again with success... two got one to go.

The mission is a success and with the three codes the team stole all the millions from the crypto project and Emily's sister is set "free"...

Being a french speaker Marc Dorcel was a big part of my formative years which was a good thing since France was were the high quality adult movies were made back than and it was the case for many years as American production was mostly cheap shoot of tape mess. After all those years Video Marc Dorcel is always synonym with high quality productions. an interesting story (kind of like Ocean's Eleven but with a women crew doing the hit... certainly better than the American women remake) with a twist, a lot of different locations which always give a more film like quality and an European all-star cast lead by Emily Willis who does quite a good job acting and sex wise. Even clocking at 140 minutes the movie doesn't feel long at all, the flow between the storyline and the sex is perfect... not a single sex scene feels like a filler. Obviously the sex is hot and with a big cast you have a little bit of everything for everyone.

I highly recommend this one and I wouldn't be surprise to see it being rewarded at the adult industry award ceremonies as the best foreign feature film this year.

Available in english, french or spanish VOD everywhere but not streaming yet on xillimite (the Marc Dorcel streaming service).