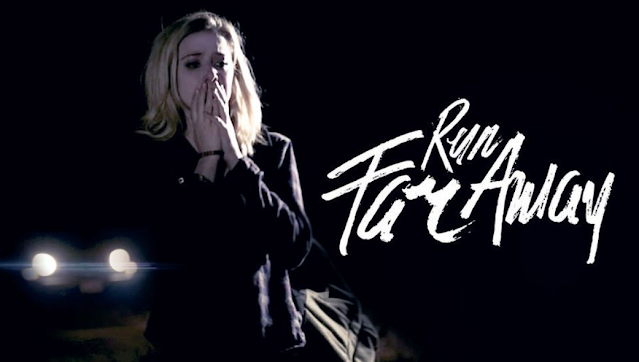 I haven't done a Pure Taboo scene in a while, so why not going back in time in September 2017 with the web scene that launched the brand new label.

Georgia (Haley Reed) a 19 years old girl isn't happy at her home, her grades are falling and she hates the small town she live at. In fact she miss Los Angeles and her old friends, so she decides to run away from her parent's home to hitchhike her way back to L.A.

It doesn't take long for Georgia to attract a creep, but luckily for her another car stop in time to confront the man and scare him enough to flee. As they are on the way to Los Angeles they offer her a ride and since she trust the guys after what they did for her she accept the offer.

They have a long road ahead of them so they want to stop at the house they rent for the night, Georgia accept to sleep at their place since they save her previously. As the evening progresses Georgia and Xander became more and more attracted by each others.

Right from the beginning everything was in place to set what will become my favorite label: a good story with great acting (these are what made me love those Pure Taboo loops), incredibly hot sex (seriously we get double vaginal penetration which is in my book way better and sexy than a regular DP) and an unhappy ending. Four years later Pure Taboo is less extreme, the sex is on the rough side with a lot of slapping and spitting, since the label must play safer because of the payment services restrictions.

Highly recommended... you can watch the scene from the Pure Taboo and Adult Time streaming service if you are a member. The scene is also available on DVD and VOD paired with Girl Tagging who was the second web scene released by Pure Taboo.